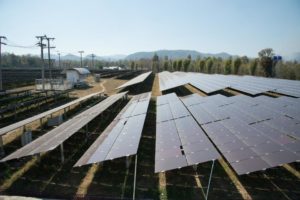 Meeting the demand for electricity in 2020 is a global conundrum. The customer loads served by today’s alternating current (AC) power grid infrastructure built up over the past 100 years are more often than not natively direct current (DC) due to the proliferation of plug loads. These include computers and mobile devices as well as LED lighting and new and more efficient appliances. According to some estimates, as much as 80% of demand for electricity in residential and commercial and structures are natively DC.