Lessons Learned From Past Blackouts

Climate change has caused extreme weather events like hurricanes, wildfires, and powerful winter storms to increase in both intensity and frequency. As more regions across the country face extended power outages due to these events, we are confronted with the harsh reality that a centralized grid is not well suited to meet the growing need for climate resiliency. 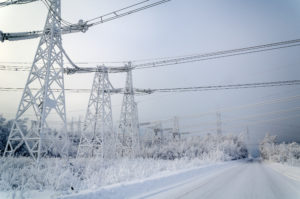 Recently, we saw this across the state of Texas, where record-low temperatures and two severe winter storms forced the grid operator to institute power shut-offs for millions of people in order to prevent the collapse of the entire grid. The traditional centralized hub-and-spoke architecture of the power grid needs support, and distributed energy resource (DER) systems like microgrids have the potential to do just that, providing local resiliency while simultaneously easing the grid’s load during emergencies.

Despite differences in scale and severity, the events in Texas bear critical similarities to the annual grid disruptions caused by chronic wildfires and heatwaves in California. In both cases, the current energy infrastructure proved to be ill-equipped for extreme weather. Electric grids often operate on equipment that is not designed with such severe conditions in mind, and as a result, power production can trip off-line for extended periods of time in the heat and cold.

Making matters worse, as people in Texas and California looked to use appliances like heaters and air conditioners, electricity and gas demands skyrocketed above the available supplies. To alleviate stress on the struggling energy systems, grid operators were forced to begin controlled blackouts, ultimately leaving millions at risk without power. Now, the events in both areas raise concerns over the grid’s vulnerability to weather-related outages that will likely be exacerbated by climate change.

One of Heila’s flagship sites, Stone Edge Farm, is in Sonoma, California, an area often impacted by these yearly grid disruptions. However, thanks to the microgrid on the property, the site’s electricity supply has been reliably maintained since 2017. The microgrid, controlled and optimized by the Heila Edge® platform, generates and stores its own energy through multiple solar arrays, batteries, a natural gas turbine, a hydrogen electrolyzer, and fuel cells. Designed to act autonomously from the grid as needed, the system has been able to stay online and operate safely during weather-related disruptions. This unique microgrid can island instantaneously in advance of a weather-related event and now remains islanded from the central grid for months at a time. For Stone Edge Farm, investing in a microgrid initially represented a commitment to climate action. Now, it is clear that the microgrid also holds enormous value with regard to outage preparedness.

Decentralized DER systems like the one powering Stone Edge Farm can become the pillars of a cleaner, more resilient, and more equitable electric grid. After seeing the benefits of the Stone Edge Farm microgrid first-hand, we feel confident that our technology could be deployed today as a key part in resiliency planning, preparing the electric grid, critical infrastructure, and C&I customers in places like Texas before the next extreme weather event. The effects of climate change are worsening, and both Texas and California’s blackouts are warning signs for what a lack of preparedness and adaptation could mean for our power systems. By planning ahead and accelerating the transition to a more decentralized grid, we can ultimately empower our communities to feel secure and confident in their electricity during times of need.